Facebook has a great feature which allows you to download an archive of your data. This includes content of messages from Messenger, posts, photos and videos, comments etc.

This allows you to display interesting statistics if you can work with JSON in a programming language. For example, whom did you message the most in the last 30 days? Who of your friends writes the longest messages? Imagination is your only limit. 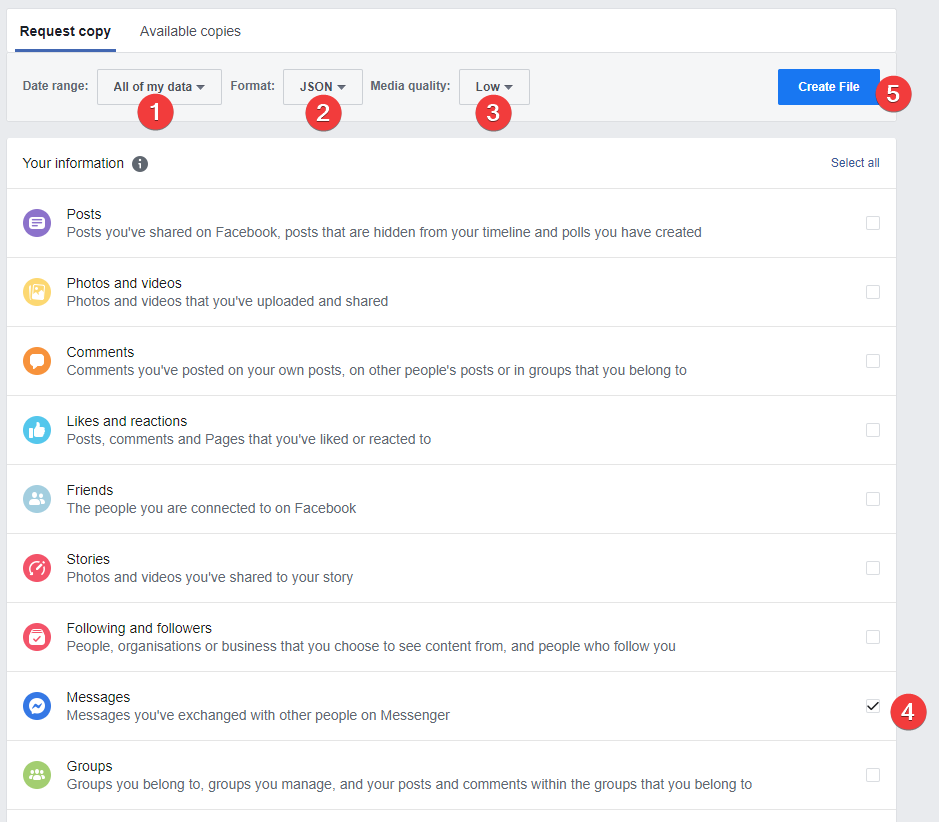 You might see a problem after you download your archive and load it in your script/program though. If you have any Unicode characters in your data Facebook’s JSON strings will get corrupted when you parse them. It took me longer than it should to find out what’s going on. And that’s why I write this article - in hope to help others who find themselves in this situation.

Facebook apparently represents UTF-8 characters in a broken way. Instead of outputting one \u escape sequence for each Unicode character, Facebook actually outputs two or more in their JSON strings. An example of a Unicode character in a Facebook JSON file is \u00c5\u0099. This is supposed to be a single character \u0159 or Latin Small Letter R with Caron - ř. So what’s going on? It’s simple - Facebook doesn’t understand Unicode as a single character, but rather as separate bytes. In our case the bytes c5 99 in hexadecimal.

The problem is that when Facebook puts \u00c5\u0099 in a JSON string, most JSON prasers understand that as two Unicode characters. That’s because the escape sequence \u00c5 is actually the Unicode code for Å and \u0099 is a Unicode control character. Å is represented as two bytes in a proper UTF-8 file - c3 85 in hexadecimal. Same for \u0099 - two bytes - c2 99.

In other words Facebook meant to output two single bytes, but ended up outputting the Unicode characters with their respective Unicode numbers being the bytes’ values in hexadecimal, which is actually four bytes in total. That is totally wrong and doesn’t make any sense at all! I hope Facebook realizes this soon and fixes it so others don’t have to enjoy this great experience of additional trouble.

How to fix that

Simple. I made a Ruby script which fixes all JSON files in your message inbox. It finds all \u sequences and replaces them with the respective byte. Then outputs the result. Enjoy.